You are at:Home»Lifestyle»Health & Fitness»Good Vision Might be a Silent Killer

Everyone knows of tv advertisements, where spectacle companies show you how you can go smart being spectacle-free. But beneath that campaign lies a disease called glaucoma. Not only does Glaucoma run silently, But it often causes eye ailments which are not only impossible to diagnose but morbid.

Medicine defines glaucoma as a set of symptom complexes which might cause a painless loss of vision. It is of two types. Angle Closure and Open-Angle.

Patients with Angle Closure have a predisposition to glaucoma. Conversely, patients with Open-Angle can precipitate glaucoma.

Broadly, Glaucoma is caused by the inability of vitreous humour to circulate efficiently within the eyeball. The vitreous forms constantly. Consequently, it needs to be emptied out as well. This emptying is managed by a structure called by the Trabecular Meshwork and the Canal of Schlemm.

While Blockage in the Canal of Schlemm is seen in Wide Angle Glaucoma. We see malformed or blocked Trabecular Meshwork in Angle-Closure Glaucoma.

Patients with malformed patency of the trabecular meshwork suffer more likely from this type of glaucoma. The uveal tract does not allow the vitreous to flow thoroughly. As a result, the intraocular Pressure increases. Additionally, the retina may be clogged by ischaemia. The resultant condition leads to a painless loss of vision.

Angle Closure can be precipitated in conditions such as low light, and mydriatics during refractive testing.

Image shows the decompression of the retina due to Acute Angle Closure(PACG).

Angle Closure is a medical emergency. This is dealt with the immediate drop in intraocular pressure. Drugs used:

Surgery is usually the treatment of choice. Doctors perform peripheral iridectomy and trabeculoplasty.

This type is a more common feature of the old age. With increasing age, the Canal of Schlemm starts narrowing. Finally, with proteinaceous debris clogging up the canal, Wide Angle Glaucoma may precipitate.

Wide Angle is an admixture of Old Age and the resultant debris. This usually succeeds a long-standing eye condition such as cataracts or Iridocyclitis. 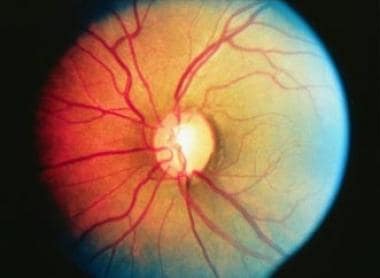 The usual choice of treatment is to decrease the aqueous formation.

Surgery is not immediate in this case. Even though surgical options are available, cases are well managed with medicines only.

If you or anyone in your family has a history of Glaucoma or sudden painless loss of vision, consult an ophthalmologist. This disease occurs silently, and as a result by the time diagnosis is achieved, it is too late to recover the vision.